Race is not something a child fully understands until their naivety is abruptly faced with a red stop sign. A checkpoint, as I call it. They may know the difference between light and copper and ebony skin, but the exact nitty gritty behind the biological makeup of one’s existence? Once again, being bi-racial is not something a young child grasps, or ever carries any interest for, until their innocence is either tested or seasoned with new information.

But for me, in many cases, the receiving end was not so forgiving.

My Dad is African-American and was born in New Orleans. My Mom, on the other hand, was brought up across the pond. Pampanga, or so I learned, was her hometown located just northwest of Manila, the capital of the Philippines.

As a result of these two factors, I am both Filipino and African-American (and apparently Caucasian, French, and Blackfoot Indian too, as there were more than a few individuals divided between my grandfather and grandmother’s side that were of these ethnicities).

To make things clear, when I was a very young child I never fully grasped how unique our family situation was until other people, usually family friends, would bring up the subject. These comments were overwhelmingly positive and mostly referred to how beautiful it was to see these two completely different cultures in one home. Behind the scenes, however, things were more complicated.

To simply put, even though my Mom loved me she didn’t know squat about raising a bi-racial child. I was never really introduced to the history of her side of the family until my early teens. And even then it was just a brief introduction on who my cousins and godparents were.

No overview on her hometown or the history and tribulations the Filipino race endured. That was about it. To this day, mostly everything I’ve learned was done on my own time. As far as the language, I know a few words here and there (which I will touch on in just a bit). But I am far from being fluent in Tagalog.

On top of this it was my grandmother who styled my curls each morning from the time I was little and up until late elementary. Safe to say, if it wasn’t for her I would probably have three times as much dryness and frizz dangling from my head.

My Mom, naturally, didn’t know how to maintain or care for the unique texture. But she also never developed an interest in learning how to.

Family reunions on my Mom’s side were admittedly awkward. I would be rich if I told you the number of times a person approached me and said ”You don’t look like your Mom,” or ”Why don’t you speak Tagalog?”

These things were not said once but rather hammered into my mind. Why wasn’t I fluent in my mother’s native language?

To put it simple, she didn’t teach me because it was more practical for English to be my first language since I was born in America. Why did ”not” looking like my Mom sometimes bother me when I was younger?

!Depending on the way or place it was said, the confession somehow made me feel bad for not having more control over my genetics. Apparently my Dad’s influence in my features was ”too strong” or ”interesting enough to point out.”

My hair was not hair but ”So curly!” My skin was not tan but ‘‘So dark!” To make things even more awkward, I once had an African-American friend, one whom I had known since early elementary, tell me that I only ”half understood the African-American experience because I was only half black.” This not only made me feel like I ‘’wasn’t enough’’ to identify with either heritage, but I remember simply feeling like a bad egg—a misfit.

Check out my in-depth guide on how to care it…

Since entering my early twenties I must say that the previously mentioned commentary does not bother me to the extent it did in the past. I’m grown. I know who I am. However this doesn’t discount the fact that these experiences have left scars as far as the natural habit of ‘’second-guessing’’ who I am from time to time—especially if a stranger inquires about my ethnicity.

The first time I realized I was mixed occurred in grade school. I don’t exactly remember how the subject came up, but I was talking with a few my Filipino classmates when all of a sudden it was mentioned that ”Michelle can’t be Filipino because she doesn’t look Filipino.” What happened after that is also very vague. However what stands out most was the brief argument that soon occurred over whether or not this was true.

So how did it end? I proved I knew my Mom’s native language by calling one of the main girls ”smelly.” The problem? This crowd only knew Tagalog and not Kapampangan (a language mostly spoken in the province of Pampanga, my Mom’s hometown). Other kids laughed and the ruckus was soon silenced by our teacher.

So with all this in mind, and contrary to what Julian Haskins says in her article for Parents Perspective, where she tries to persuade her audience that ”Children, in their incredible guilelessness, only see other friends. They may inquire about their peers’ looks, but out of pure curiosity, and not as a way to categorize people.”

My story not only debunks this claim but proves how much of a disconnect there is between what non bi-racial individuals may or may not have heard of the ”bi-racial experience.”

Therefore, I believe this issue has more to do with the fact that lack of education on the topic is rooted from these stories, including my own, not being highlighted as much as they should in the mainstream.

In the end I’m not saying Haskins is wrong or right. I’m just saying there’s still a lot of talking to be done before we can conclude what hasn’t been said or not, and whether any voices have actually been heard. My experiences are unique to myself. However it should be taken into consideration that there are many others out there who strongly relate. Which brings me to my next point.

I was recently chatting with a few old friends of mine. Two, I must note, I have known since kindergarten and are also bi-racial. When bringing up the idea of this very article our conversation suddenly turned into some version of a therapy session.

We listened to each other’s stories. We gave each other advice. We challenged each other’s opinions at times. Thus, the following section is a very brief overview of the insightful experiences that were put on the table:

‘’Someone told me I looked exotic.’’

[This was followed by references to a Tiger in a zoo and how a stranger may not realize how this, depending on the person, may or may not be taken as a compliment. Have I been told this myself? Yes. Does this bother me personally? To be honest, I’m so-so with this topic.

I always viewed it as more of a ‘’uneducated compliment.’’ It was rushed. In my case, at least, it was even said with a smile. The other person didn’t mean any harm. It just wasn’t thought out. Will I lash out because of that person’s lack of awareness? No. And I will say this now: Unless someone was recently featured in adult film or is, in fact, an exotic dancer, calling anyone ‘’exotic’’ in casual conversation is very awkward sounding.

‘’It really bothers me how people only see one race in me—Asian—and not my Dad’s side (Italian).’’

[This is something I used to relate with directly. However over the years I’ve come to accept that strangers, especially strangers, will obviously not know who I am or what the heck my family tree looks like. So if someone does happen to get it wrong, my advice to anyone of the matter is plain and

Another thing? The whole world doesn’t need to know your family tree. It’s bittersweet, but you will save yourself a lot of frustration once taking on this mindset. If appropriate, go ahead and give a brief background on yourself.

However I must remind you to be mindful. Blasting the other person on not being aware of something they have all rights on not being initially aware of is not only uncalled for but also innapropriate. Especially if you unarguably are perceived as one race over another due to your physical composition.

‘’I sometimes hate being part African-American.’’

[This, most evidently, is a very complex opinion. A person doesn’t just wake up one day and say this. It stems from a root of different issues. And this was in fact the case with my friend who admitted this.

If she ever had a chance to mention she was only half black, she would. It simply bothered her to be associated with her dad’s heritage. And in the end her lack of self-confidence and education on her own cultural identity resulted in this terrible bias she carries to this day].

‘’It annoyed me when people in grade school asked to touch my hair.’’

[This was said by a friend who, like me, has textured hair because of the genetics of a parent. I could tell you countless times when someone asked this very same question or just began the ‘’stroking’’ on their own. But, look. At the end of the day if you want to touch my curls that’s fine. Just as long as you ask politely and not shake my head around like some rag doll, it’s generally not that big of a deal.

In conclusion, being bi-racial is beautiful. It is unique. It is something I take great pride in. It is something I feel blessed to even be. However there are some lesser mentioned issues in relation to the topic that tend to be pushed aside in the mainstream.

Be mindful and open-minded when listening to these experiences, including mine. I am not trying to prove a point. Nor am I trying to bash anyone on any so-called mistakes they might have made. I simply want to  let you know I’m here, and this is a part of my story.

M. G. Hughes is a novelist and content creator. Born and raised in San Diego, aside from writing she also enjoys cinematography, interior design, and hiking. Attending therapy is a great way to improve your mental health, grow as a person, and develop your relationships.

In contrary to this, and with all respect Doc, that’s only half the jazz. Through my eyes there exists no singular definition. 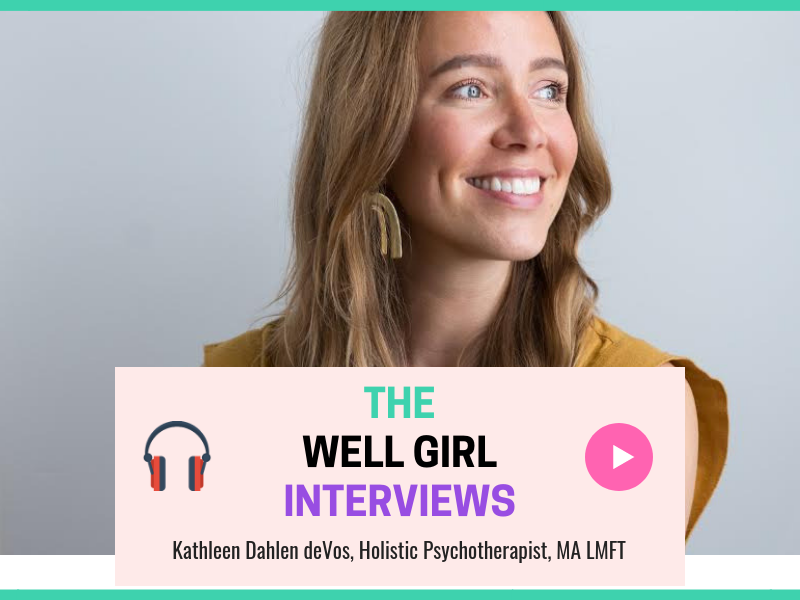 Why do we look at our emotional wellness any different than our physical health?